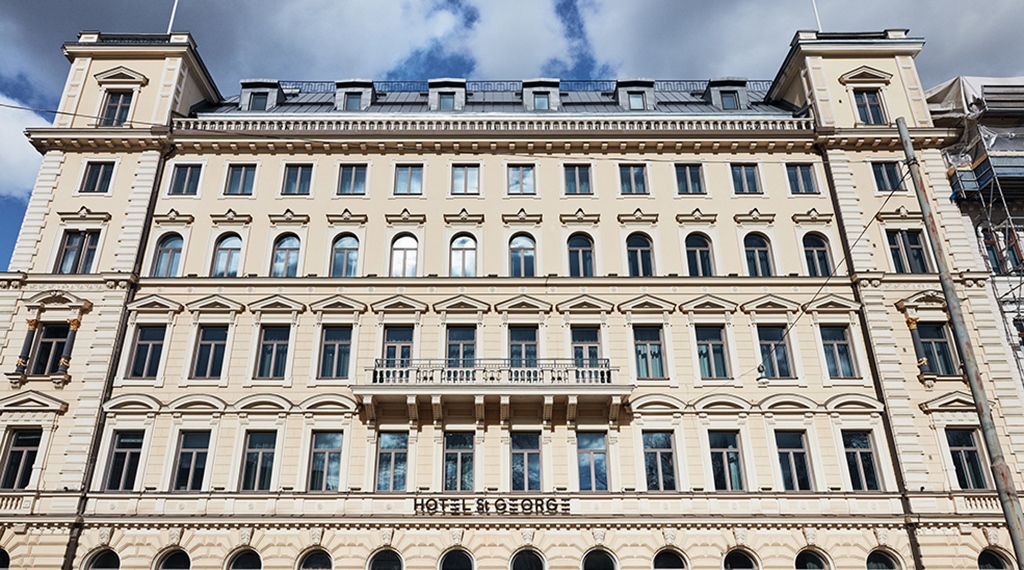 Here's a list of 10 amazing hotels for a wedding night. They aren't listed in any particular order. I have obtained most of the information from the hotels' websites but can't guarantee their accuracy.

St George Hotel is located in the Helsinki city center. The hotel used to be a printing house back in the day and the building is gorgeous from the outside and inside. It's right next the the Old Church Park, which is one of my favorite places in Helsinki, which was one of the main reasons we picked it as our wedding night hotel. The hotel also has a beautiful spa with a small pool.

I've only looked into the one on Bulevard, Helsinki. The rooms have a Lapland theme, obviously, and some even have their own sauna.

The hotel's executive suite has won the wedding night hotel of the year several years in a row and no wonder. The room has its own sauna, terrace and a hot tub. The price, if I remember correctly, is about 1000 euros a night, but if you can afford that, I bet it'll be worth it.

In the lovely Made in Havenevent, we got to visit Hotel Haven and it's more beautiful from the inside than you might guess looking from the outside. If you book a room with a sea view, which you should, you get a beautiful view of the sea and the Market Square,

We were here a year ago as we wanted to see the ringed seal and went on a seal safari. The hotel has a nice atmosphere and the spa is very cool too. The safari was amazing, definitely go on one if you are visiting in the spring. There's also a lot of other stuff to do there, we played frisbee golf and went kayaking. We stayed at the hotel but nowadays they also have igloos. I doubt the igloos would be a great option in the summer but on other seasons, an igloo would be very romantic.

It's not cheap staying at an igloo here - the price per night is around 400-500 euros, unless you're staying in the summer when it's about 100 euros. On the other hand, the fall/winter/spring price is about the same as a room in a fancy hotel in Helsinki and a night at an igloo would definitely be a lot more exotic.

I totally fell in love with this one, I have to visit this place sometime! It's about 0 degrees celsius inside the hotel so I think one night is enough to get the experience :D They also have glass igloos so if you want to stay for a few nights, they offer packages with one night at the hotel and a few at an igloo. They also have a snow sauna. Based on a quick look, the prices start from about 140 euros a night at the snow hotel.

A lovely old hotel with a view over the city. It's closed now due to renovation and opens in 2021. I, for one, am excited to see what it'll look like once it's finished.

I've only visited the hotel bar but it made an impression on me. It's located in the Helsinki city center in a 20th century jugend castle. Based on the pictures on their website, the rooms are quite modern, sadly, but I'm sure the experience would be pretty amazing anyways. On Valentine's Day we stayed at it's sister hotel, Glo Hotel Kluuvi and at least the rooms there were really beautiul, I'd imagine they'd be beautiful here too.

The suites at this hotel have really cool unique features like the small tower at the Regatta Tower Suite. The hotel also has a beautiful spa with large windows to the sea. I've never been here, but when I next go (and not only think I'm going) to Hanko, I definitely want to give this place a try.

Corona virus and weddings 3: Regulations for the summer