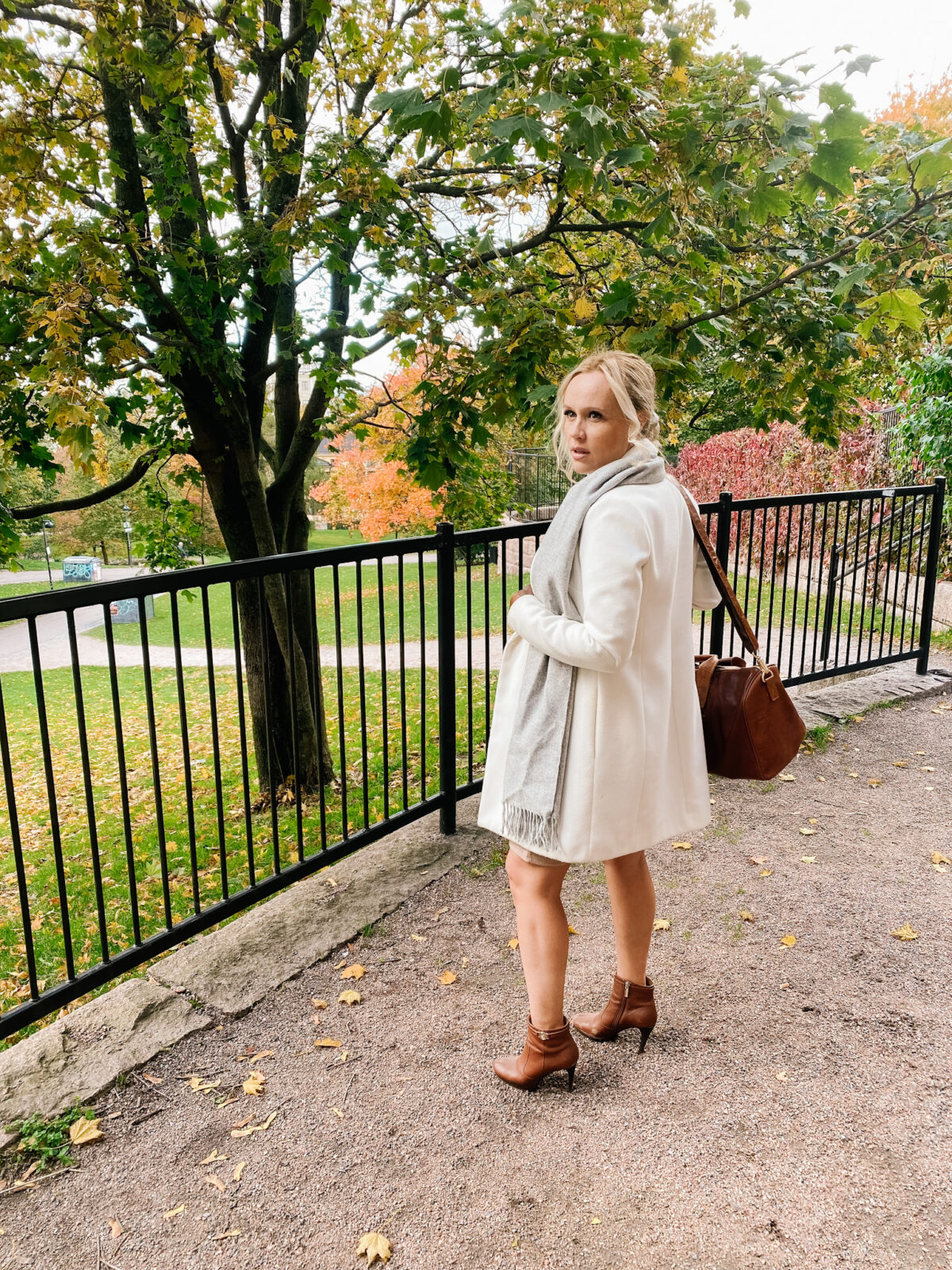 I just realized that I haven't given any updates here on the blog about what I've been up to lately so I figured now would be a good time.

Let's start with the fact that I have been feeling pretty well apart from the tiredness that has been ongoing throughout the pregnancy. It can be a real pain to constantly feel tired but I still count myself lucky as I haven't had any painful pregnancy symptoms and I've been sleeping quite well. I've also realized that I feel my best when I stay home! It seems that this is not the right time for me to be active and take part in different events and activities but instead I feel good staying home and resting when I feel like it. It's so unusual though, as normally Eerikki and I like going out doing really anything whether it's watching ballet, playing tennis or going to an escape room but now I feel like going out just gets me more exhausted.

I've been really happy noticing that by staying home, I have energy once again to go to the gym and work on my PhD. We've also started our Tuesday night movie nights on our balcony, like we did last winter. What it means is that every Tuesday night we have a few friends coming over and we have some snacks and watch a movie together. This fall we decided to watch all the Harry Potters first and they've worked so well with the dark fall night atmosphere.

The renovation of the nursery is also going forward! I admit that I had my doubts if we'd have the room ready before Bebe is out but I'm starting to feel more confident about it now. The crib arrived last week and we also have the stroller, car seat and most of the other important things ready just waiting for the baby.

We've also started painting the nursery walls but that has turned out to be an interesting project... The thing is that we've painted the walls with two different shades of gray but they both turned the walls purple... They never were purple until we tried to make them gray so that's interesting :D. So in the end we decided that we'd put the wallpaper up that's going on one of the walls in the nursery and then see what the color on the rest of the walls looks like. I'm pretty sure though that we'll be picking a gray shade number 3 pretty soon and giving the room walls one more chance to get gray after the wallpaper is up. After the walls are done, things really are in good shape though, we have all the rest of the furniture already like the mobile, couch, rug etc. so there's just a trip to Ikea left and a few things need to be drilled to the wall.

The baby is kicking a lot. Bebe's classic move, kicking me in the ribs has now been accompanied with punching me in the bladder. He's been head down for several weeks already, which is good and these little swim practices aren't painful so I'm ok with this. As my placenta is in the front, I didn't feel strong movement as early as many others did so I'm just happy that I finally feel him moving around.

That's what's been up lately, have a great week!

Staycation at Hotel Indigo on Bulevard