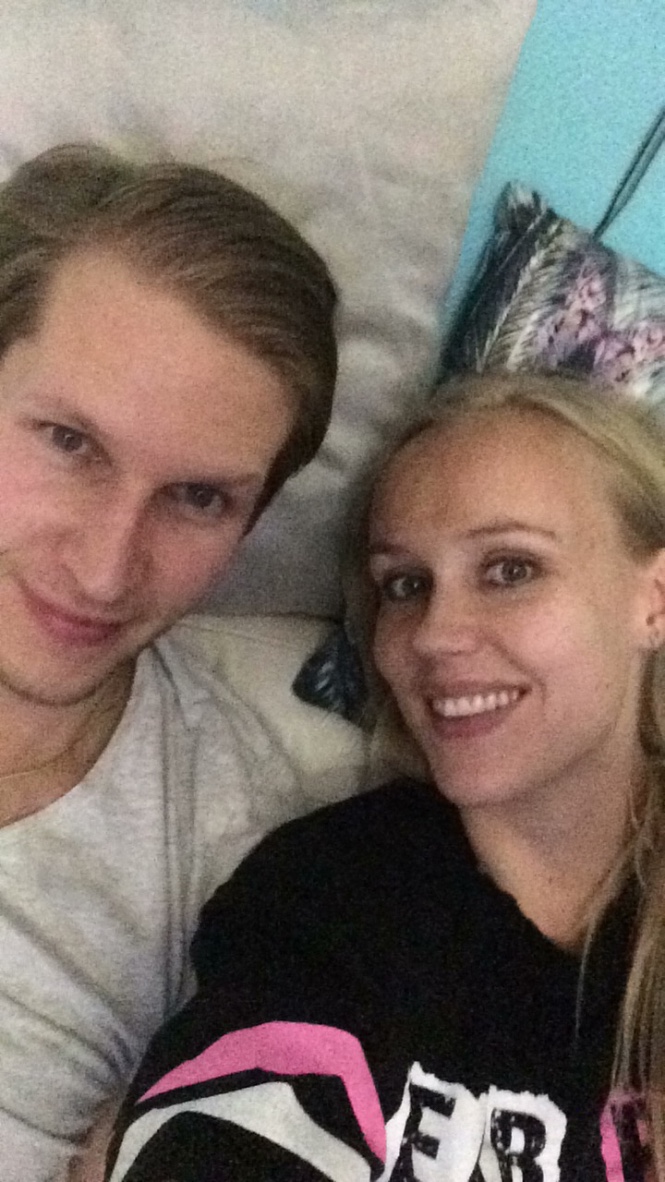 Includes links to advertisements, marked with *

I've been wanting to write a post about us, how we met and how it all got started (spoiler alert: not that well :D). I figured it's more fun to read about our wedding preparations when you know what kind of couple we are! Now, that I have time, I was finally able to get it done, so here we go, the story of us and a small photo album too! :)

The story begins in 2015, I had lived abroad for several years and at the end of the summer had decided to move back to Finland surprising everyone with the decision, not the least myself. I met Eerikki on Tinder in December that year. I don't think you can really tell much about a person until you've spent time with them, so I asked if we could meet up soon. We decided to meet up at my place the upcoming Friday, the plan was to cook together and hang out.

I thought Eerikki was a bit nervous when he first came as he didn't really talk so much. He's always denied this :D We cooked, had some wine, talked about anything and everything and just basically had a really great night. I was shocked that Eerikki had never seen the Star Wars movies, one of them was on TV that night and was playing on the background, but we had so much to talk about that he didn't really see it that night either (we fixed that later on though).

After our date, we chatted but didn't meet up again until new year's eve. The first few months were not easy for us, Eerikki had been single for 5 years and I felt like at times as if he had forgotten what it's like to be with someone. On the other hand, I had been moving from country to country for years on my own so it took me a while too to figure out how life works when you settle down somewhere and share your life with someone. I'd say it took us about half a year until we learned where we both needed to compromise. But still in the spring 2016 I was pretty sure it was never gonna work out for us.

I can actually remember the exact moment when I realized that we're gonna make it after all. We had been at a sports bar with our friends watching the ice hockey finale and Finland had lost. It wasn't anything particular that he had said or done but I remember when we walked back home after the game (he was already pretty much living at my place) and I realized that it's gonna work out for us. It was such a strange feeling, and that's probably why I can remember it still, as I was so sad that Finland had lost, but so happy otherwise. By the end of the summer 2016 we had indeed reached a nice happy balance for our life together.

In hindsight I think it was maybe better this way, that it was a bit difficult in the beginning. First of all we never would've gotten through it if we hadn't wanted to be together so bad. In the beginning it would've been easy to just walk away but that wasn't something we were willing to do. We clearly really wanted to be together. Second of all, there are easier and harder times in every relationship and it feels reassuring to know we've already been through one hardship - we know we can get through those too.

So, what are we like? We are quite silly together :) I think we've avoided a few arguments by joking about the topic so neither one of us has gotten annoyed. We do argue too and I hope we'll do that for the rest of our lives. Not constantly, but sometimes :D All relationships are different and there's no right or wrong here either but for me if I never want to argue with someone it usually means I don't really care for them either.

We like to play games together, whether it's PS4 games, board games, golf, tennis or when abroad, domino. We watch quite a lot of sports together, we've stayed up all night watching Markkanen's games and we'll watch Finland's ice hockey games whether it's the women, men or juniors playing.

When abroad, we like to participate in local cooking classes. We do a lot of stuff just the two of us, I can get excited about almost anything so I'm often suggesting activities from Opera to dildobingo. I love it that Eerikki is almost always down to my ideas. We meet our friends together and separately. Eerikki has tons of friends, I didn't really know anyone from Finland when I moved back. Luckily Eerikki's friends are really fun people and I'm glad to call them my friends too nowadays. We see our friends a lot and as we love to entertain, no matter what the occasion is, we'll probably have something planned at our place.

I'm too into details, I can exhaust myself by aiming for perfection and I get annoyed if I want peach peonies and I'm constantly suggested roses (argh!!). Eerikki is almost always late and gets his household chores done later than agreed at times. I do think that together we are the best versions of ourselves though. Sounds horribly cheesy but I really do mean it. Maybe it was the problems in the beginning that forced us both to look in the mirror and work our rougher edges.

Now that we're all living in more or less of an isolation this can raise problems in some relationships. For us this has been actually a positive experience, at least so far. I'm referring to life in temporary isolation, not coronavirus itself, obviously. Eerikki doesn't have to work such long hours anymore and so we have much more time together. Now he also has time for himself, which is really important too.

If you do notice that the atmosphere at home is starting to get tense, here are a few ideas. There are a lot of online classes, some of them are free too. We took a free painting class yesterday and made paintings (!). We've also done a major spring clean up together since the isolation started but I'm not gonna claim that's the most fun couple's activity you can do :D Surprises, however, are always fun. While at the moment you can't go out and do most things, you can get something nice for your future spouse for an activity or a trip in the future. How about something nice for your honeymoon, here you can find clothes online*, saving you the trouble to browse through dozens of websites.

And so another online couple is about to get married :) If you haven't found a significant other yet, but would like to, dating sites online* is a good place to start. It's always nice to meet someone new but bored in isolation I'd say it's particularly fun. Even though you'll only be meeting remotely for now :) If you do get lucky and meet someone great, I wish you occasional smart arguments and a lot of silly humor <3