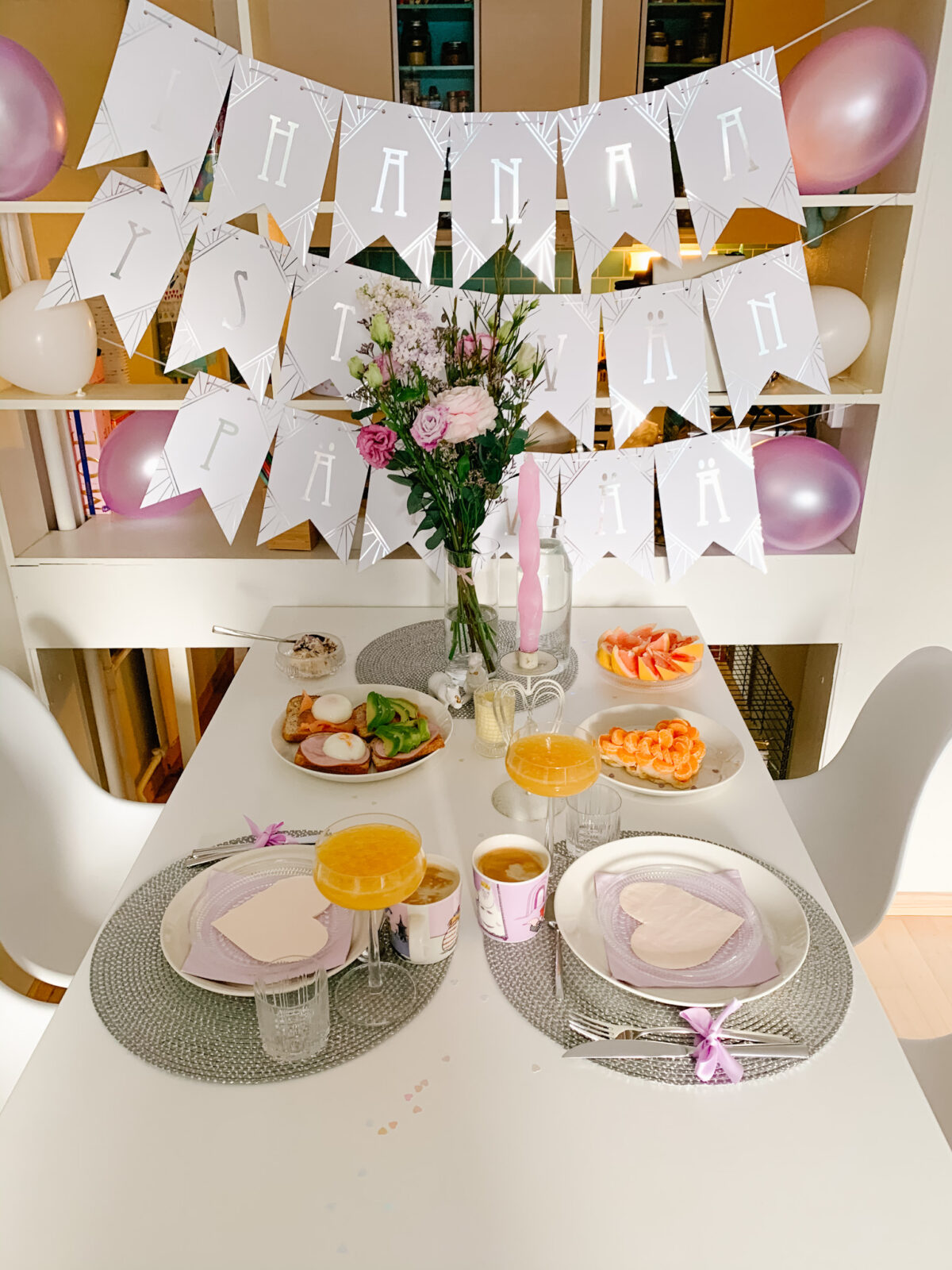 I wrote ideas for a corona safe Valentine's Daylast week, I hope they were helpful, at least our VD included many of them. :)

We decorated our home with beautiful decorations from Calligraphen. As I'm all about lavender right now, that and silver were our VD theme colors. We also got beautiful flowers in lavender and baby pink from Kukkakauppa Rose-Marie.

We ordered a banner, paper pom poms, balloons, ribbon, napkins, straws and confetti from Calligraphen, all in our theme colors, of course. When I started filling out the balloons, I realized that our helium tank was empty so I had to get creative with them.. I ended up placing them on the shelves so they wouldn't be dragging on the floor.

We spent the whole day at home and started the day with a Valentine's Day brunch. We had Eggs Benedict, open avocado sandwiches, fruit and LoHiLo ice cream, cappucino and mimosas. I don't really like the taste of coffee but every once in a while I try if today it would taste good. Sunday wasn't one of those days so Eerikki ended up drinking mine as well.

We spent several hours after brunch playing a board game called Terraforming Mars. Its instructions were pretty cryptic so it took us a while to learn the game and then we wanted to play a few rounds when we had finally deciphered it. After the games we made champagne risotto with shrimp for dinner. I also finally got my cotton candy champagne cocktails! Those were supposed to be our wedding welcome drinks but in the 30C degree heat the cotton candy kept melting when Eerikki tried to make some and in the end he had to give up.

After dinner we watched the Valentine's Day movie. We had watched it on our first VD together so it was really cool to watch it again together, five years later.

We didn't get to bed until pretty late so yesterday we were both really tired. We had a really lovely VD though, so it was worth it! :)

From a Wedding Blog to a Lifestyle Blog

Gifts for our wedding guests and the wedding party