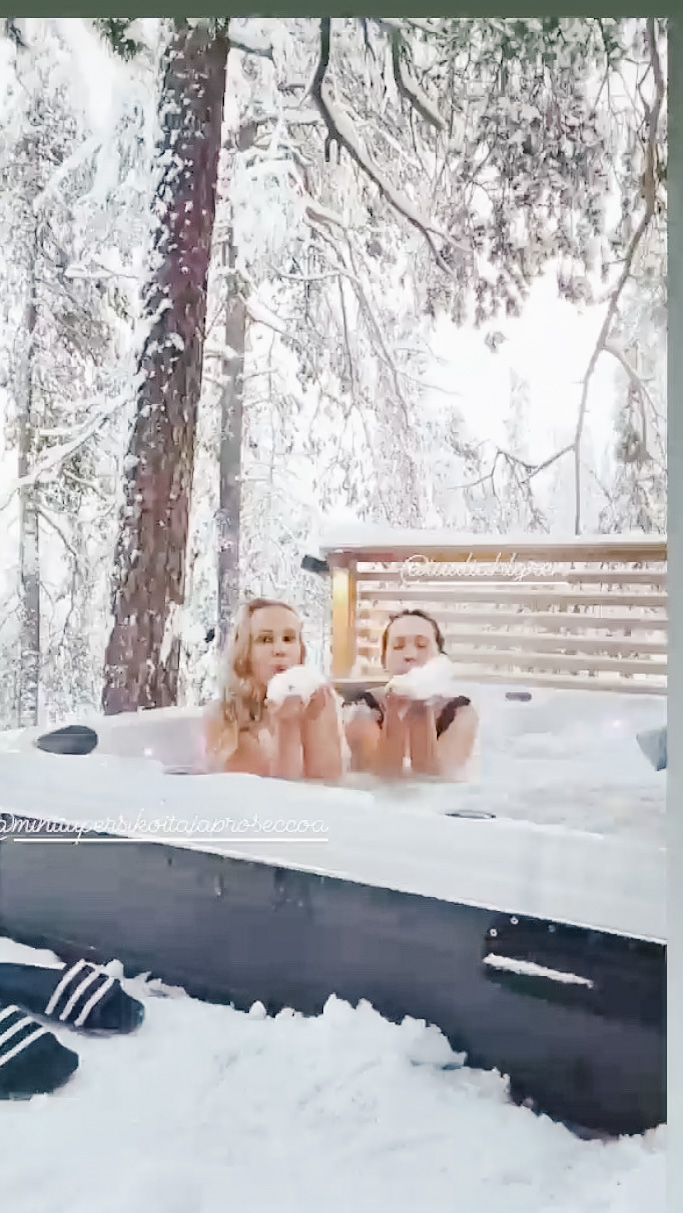 I just arrived from Ruka last night and coming back I kept thinking about animal rights, so I thought I'd share some pictures from our trip while discussing the topic on my mind.

First of all, I wouldn't go to a tiger petting zoo or participate in anything else where I think animals aren't treated well. I love animals and I aim to make ethically good choices but I've noticed that the wish to be close to animals and the need to protect them often leads to a contradiction.

We were at Ruka with a few friends and one of our friends really wanted to go on a Husky sleigh ride as she wanted to support Finnish companies that are struggling now that there are so few tourists. I thought the idea was good, especially from that point of view. Here I have to mention that I'm a big Finland-fan, I think all those years living abroad made me appreciate my own country more. That's why I figured that if there are any animal activities in Finland, they would be super ethical and animals would enjoy it.

I admit that I first started wondering if that was true when we visited Rovaniemi about a year ago and went for a Reindeer sleigh ride. It was a really short ride where the reindeer just walked perhaps a 5 minute route and we sat on the sleigh. I didn't have the chance to talk to the people running it so I don't know what the reindeer do at other times and so on but I was left with a feeling that I'm not sure it was right to support this type of an activity.

I got the same kind of a feeling on the Husky ride. This time I had the chance to talk to the owners and based on what they said and how I saw the dogs behave, I find it plausible that the Huskies really enjoy doing it. What worried me, however, was what they were doing when they weren't working. They lived in quite a small areas (cages?) all paired with another dog. They had no toys or other activities and in the summer the only activity they had was running around in a larger fenced area, once a day. I find it hard to believe that any animal would enjoy that type of life. I also wondered if they would be less enthusiastic about their job if they had any other activities.

Zoos and aquariums are another question but I'm quite convinced that the animals in Korkeasaari, for example, couldn't survive in the wild anymore and they also help wild animals and animals rescued from other, "less ethical", zoos. Keeping birds in cages, however, is something I'll never understand. I admit that I'm a bit torn when it comes to zoos and aquariums but I think if it's an "ethical" one, there's more good than bad.

The final thing I've been thinking about are pets. When we first got a pet bunny I figured I'm doing a good deed here, we're giving a good home to an animal that could otherwise end up in a bad home. However, living as a pet is not natural for any animal, excluding perhaps dogs, as they have been bred for this, though I'm not sure all dogs have such a great life either. Of course you can think you'll take a rescue pet and that you really are just saving an animal, but just having a pet you're giving your approval to having pets and perhaps someone seeing pictures of your cute rescue pet ends up wanting a pet too, but perhaps a dog breed that have trouble breathing or walking due to being bred to look a certain way, for example.

Since I love being around animals I really enjoy visiting Korkeasaari and certain aquariums and I would love to go horseback riding or go whale watching. I think these are activities that won't cause animals suffering but maybe I'm completely wrong about that. I just hope that going animal watching alone in the nature isn't the only way to ethically enjoy animals.

I definitely don't want to make anyone feel bad about their choices, that's not the point here at all, I only wanted to share things I've been thinking about. And as you probably noticed, I haven't really made up my mind on most things, but will need to read more on all these topics. If you want to share your thoughts or knowledge, I'm happy to hear it.