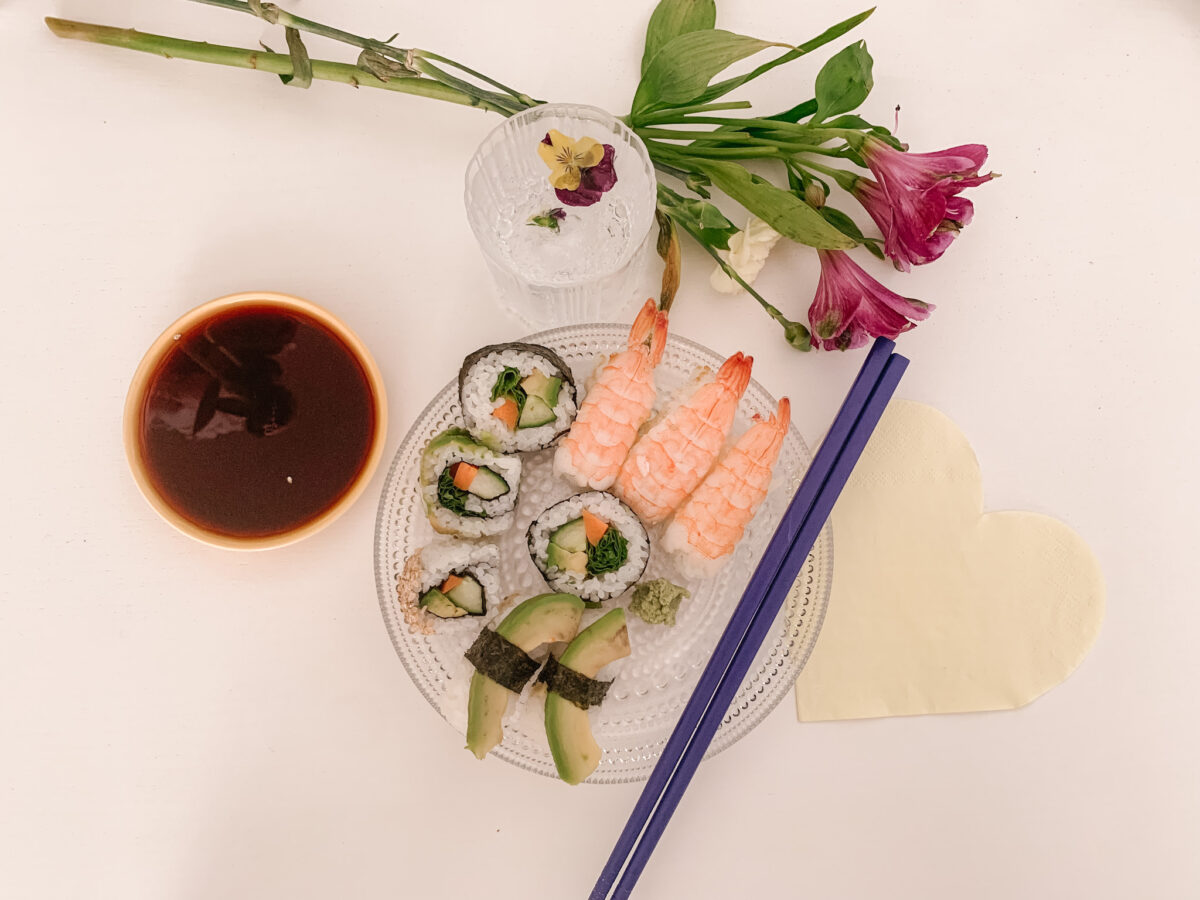 Salty liquorices were received free of charge for the post from: Namitupa

I love it that nowadays there are so many good options for foods and beverages that you should avoid while pregnant. The most important find for me was salty liquorice! I don't know how I would've survived nine months without it.

I thought that because before I was pregnant, I liked having non-alcoholic substitutes every once in a while, I'd love them while pregnant but instead I usually prefer water or sparkling water. So it's possible you aren't even craving for all things you'd normally like, but here are some options for some of the treats that aren't recommended while pregnant.

This post isn't meant as nutritional advice, your doctor have a different opinion on what's suitable while pregnant and you might have different limitations than I do, these are just my choices :).

I've stayed clear of raw fish but I've had sushi with cooked shrimp and vegetable rolls. I've skipped the pickled ginger while pregnant. Often the rolls that have rice on the outside have less nori on them.

I was pretty disappointed when I read that salty liquorice isn't recommended while pregnant! It's one of the few things I can eat even when nauseous. You can imagine how happy I was to find these salty liquorices from Namitupathat are made without the ingredient that's bad for you while pregnant. My favorites are the peach, blood orange and love liquorices.

While caffeine isn't prohibited and in Finland the recommended daily limit is 200mg, I'm not convinced even that much is good for the baby so I've tried to stay way below that, though I haven't quit drinking caffeine completely.

Especially in the first trimester I often craved for Pepsi or Coke even though I've never liked sodas very much. Because of caffeine, I didn't drink them as often as I would've liked, but now I've discovered caffeine free Pepsi Max! Before I was pregnant I used to drink tons of green tea, now I've switched to the caffeine free one. Unlike before, I now get my caffeine from coffees (especially iced ones) as it's easier to find info on how much caffeine is in different coffees than in different teas. A new favorite of mine this summer is ice tea from caffeine free green tea and lemon slices.

Now it's time to start my vacation, stay tuned for posts on instagram!

Getting spoiled at Thann Spa

Our vacation has started!