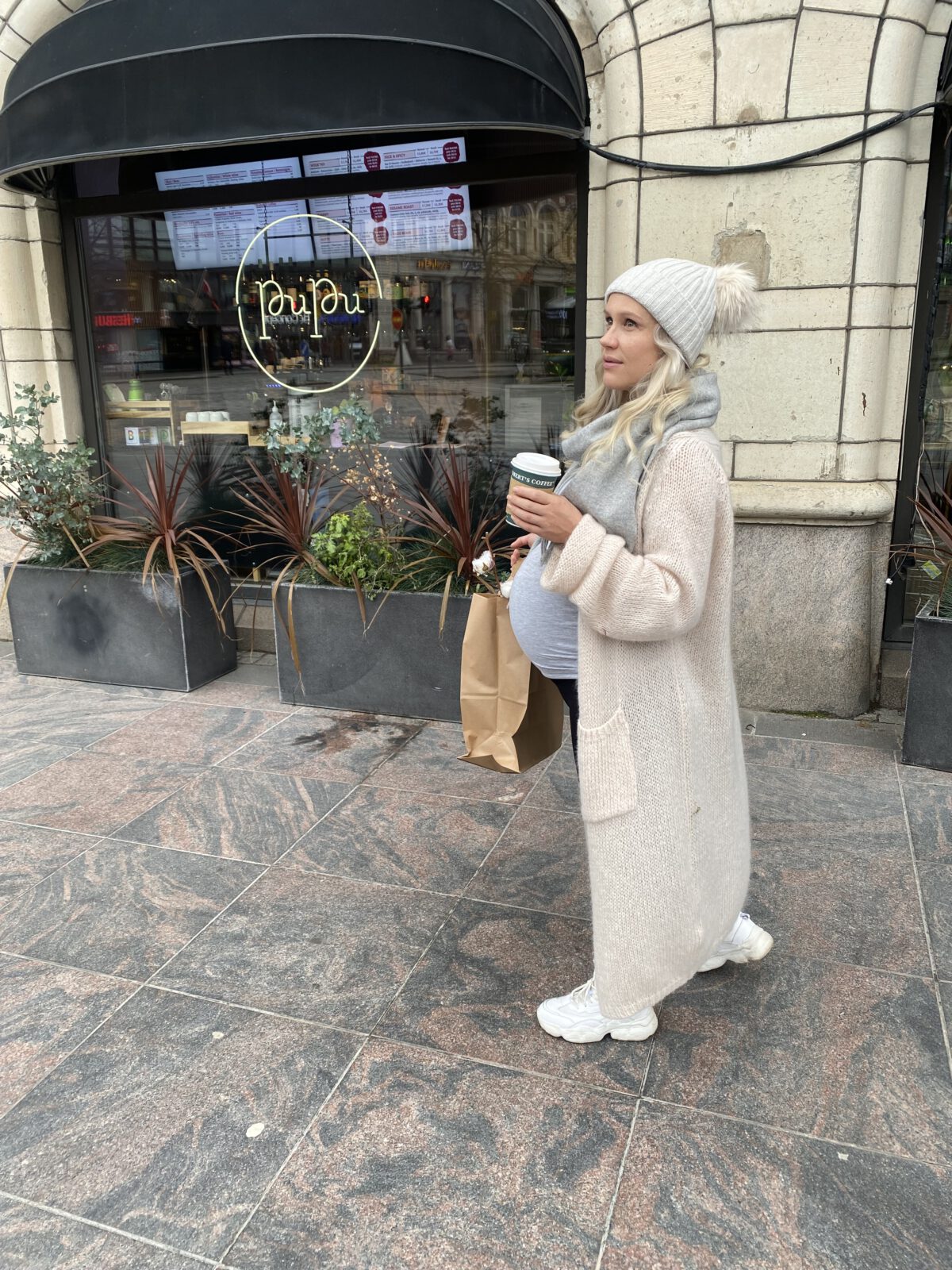 And so the time flies and now there's only a week left until my due date!

You can never know how your labor goes and you might change your mind on what you want in the middle of it, but I still think it's great that nowadays it's recommended to write a list of your wishes for the birth so that the staff can fulfil your hopes to the best of their ability. Now that I've been thinking about it, I've come up with some things I'd like to put on my birth letter. In short, what I'm hoping for is to be in as little pain as possible for the duration of the birth. A quite a popular request I would imagine!

Second of all, we're hoping for a family room so that Eerikki can stay at the hospital with me and the baby and we're also hoping to be released home as soon as possible.

Third of all, I would like to take advantage of gravity and give birth in some other position than the typical half sitting one. I would prefer giving birth on a birthing stool or on my knees on the bed leaning against the bedrest. I've read that these positions cause less tears besides it makes sense to utilize gravity when pushing.

Fourth of all (yea, I ended up thinking up more of these than I expected) if they have to perform an episiotomy or give me stitches, I hope that they've numbed the area properly as I've been in some other small operations where they didn't quite succeed in that.

Finally, I hope that if I get too uncomfortable I can get a c-section at my request.

Those are my requests but I have all the faith in the hospital staff and I'm sure they know how to get the baby to the world as safely as possible so I trust their judgement. This is also a comforting thought, I don't have to know what the best solution for each situation is, that's what they're there for.

Finally, a quick update to the disaster that's also known as our nursery. Well, it's still not ready. I haven't been able to find a wallpaper that's actually white, so far I've tried two different wallpapers.. Then again, the walls also needed to be painted three times until the color was actually gray so maybe three will be our lucky number with the wallpaper too. I was looking forward to just relaxing these last few days before giving birth so let's hope that the wallpaper problem will be solved soon and the nursery will finally be finished.

By the way, we're celebrating Father's Day today for the first time! Bebe is getting such an awesome dad that I wanted to celebrate him already even though the baby is still in the tummy.

Happy Father's Day to all great dads and father figures!

Merino wool clothes for the baby