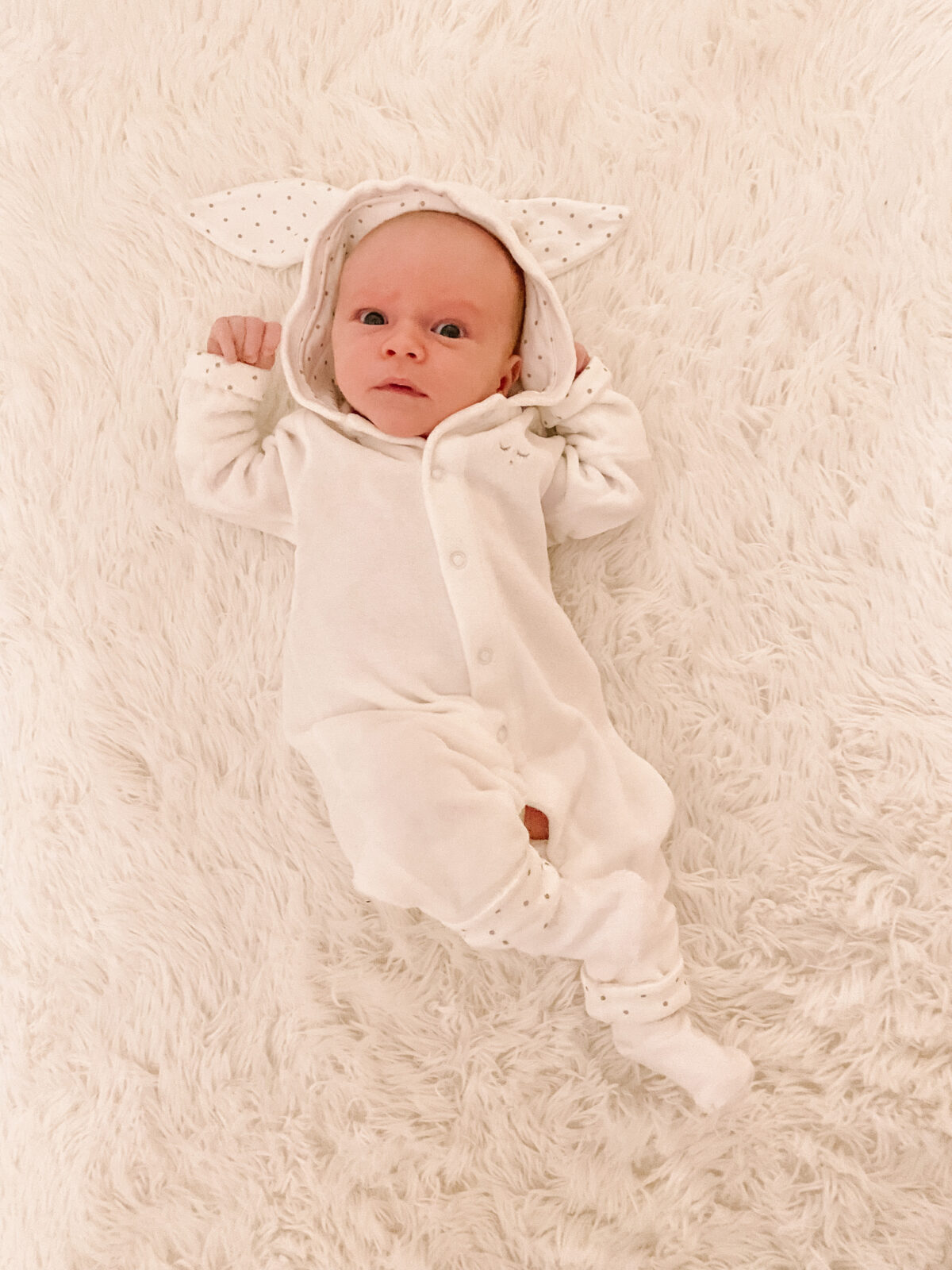 Our little one has a name now and he turned 2 weeks last weekend! Before I tell you his name, let me tell you how it's been going.

The first few days the baby slept quite a lot and ate a little. We learned quickly, that things can change very quickly though.

Soon the baby wanted a lot of food but as I didn't have that much milk right away we gave a little bit of formula too. We are only giving small amounts of formula and I don't think we'll need it for much longer.

I was really sore for the first few days after the c-section. Moving hurt and when I tried to walk I started trembling and got dizzy. I couldn't lift the baby for the first few days so Eerikki took care of both me and the baby, I was just nursing. Eerikki ended up being the expert on the baby stuff due to this and he took such good care of me too. Luckily my recovery was pretty fast and now, two weeks later, I feel much better and can do all the basic baby stuff on my own and no longer need to wake Eerikki up to move the baby, for example, and so I try to let Eerikki rest now as much as possible.

Maybe because my milk is still a bit scarce, the baby has been basically living in my lap for the last week. He eats and sleeps in my lap, eats a bit more and sleeps again and if we try to move him to his bed, he usually wakes up. So I've spent about 14 hours a day nursing... Once a day during daytime Eerikki gives the baby some formula or pumped breast milk so that I can shower, go to the store or just have both of my hands free and the same at nighttime so that I can sleep a few hours straight.
In fact, I'm writing this post on my phone, with one hand :D. I gave the babysitter a try a few days ago and he's content there for a few moments so that's been very helpful for when I need to use the bathroom or something when Eerikki is sleeping.

I have no problem (at least not yet) with the baby wanting to be in my lap all the time I'm just happy that the nursing is working out well and it hasn't been painful or anything. It's funny, while I love getting breaks from these nursing marathons, I do start missing him pretty quickly. Yesterday at the name giving party he was in my mom or sister's lap for pretty much the whole party, and when we got home, we realized that we didn't even want to try to put him to his own bed but slept together all three of us in our bed. We realized that we had missed him even though we had been in the same place the whole time and the baby had been asleep for pretty much all of it. That being said, it was still really fun to see people and I will definitely want to keep doing that too.

There'll be a separate post about the name giving party later, but as I already posted the name on instagram, I'll tell it to you here as well: Jordan Benjamin. He also got both of our last names.