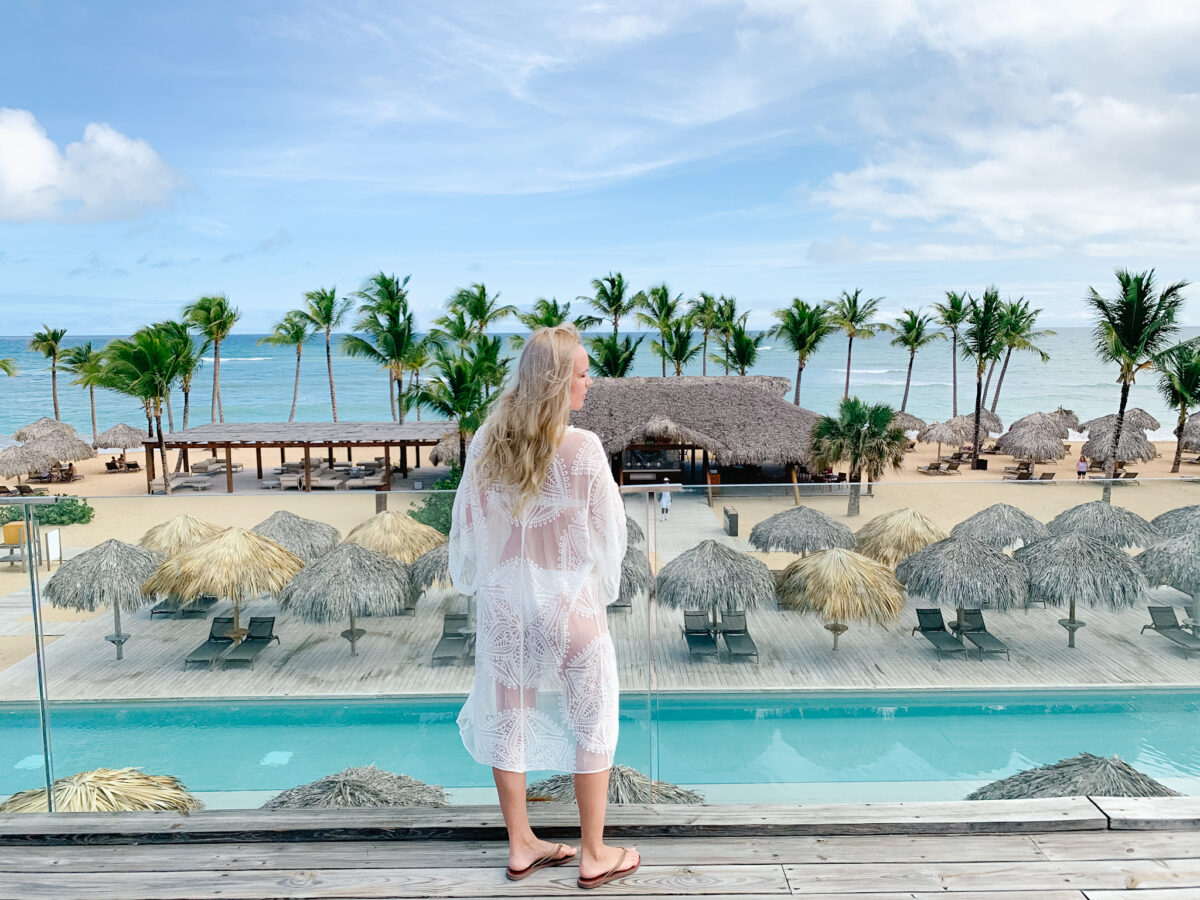 So I've written about our trip to the DR and on the previous post I described our hotel. Now it's time to get to the point, i.e. what did we do on our honeymoon.

We spent most of our time at the resort as we didn't want to take unnecessary risks and because there were a lot of activities there so we didn't have the need to go anywhere else.

I've mentioned that we were really tired and a bit stressed out before our trip so what we wanted the most was to enjoy the sun and each others company and luckily we got to do a lot of that :) We also read Dennis Rodman's book and had a little bookclub discussion about it at lunch one day.

People that know me know that I love bingo so almost every day at 3.30pm we were at the main pool playing bingo. On the last day, I got to host the bingo myself which was awesome :D.

The first two and the last two days were a bit cloudy, otherwise the weather was great. I think it was our second day there that we decided to have a little competition of who would find more different kinds of animals as the weather was too cloudy for tanning. We tied but got great pictures and searching for the animals was the most fun part after all!

We decided to have another competition at the end our trip. It was a five part tournament with Domino, Uno, ping pong, beach tennis and bingo. I won at Domino and Uno so Eerikki was under a lot of pressure to win ping pong... Which he did, but then I won at beach tennis(!) and so victory was all mine!! :D

There were all kinds of competitions and games held at the beach and pool everyday and Eerikki won a chair game and ring tossing game whereas I won the music quiz.

The best exercise class was Aqua spinning. I'm not big on spinning otherwise but this class was great and I participated almost every time, Eerikki joined the class too a few times.

Aquastrong class varied depending on who was giving the class but at its best, it was an exercise class with a little bit of yoga.

Archery competition was in the mornings and we both won once, I also got to sing karaoke on a few nights :).

We love baths, so after bingo it was bath time with an ocean view.

I have to put lunch as an activity as it was so nice to sit down for a good meal, some wine and a beautiful view - and good company!

As I mentioned on my previous post, we went to the spa twice and there was also a beach massage place right outside the resort where I got a massage twice.

Our hotel package included a romantic dinner on the beach. We thought it would be just the two of us but there were maybe four couples at the dinner at the same time. The tables were far enough from each other that it didn't really matter and we enjoyed our lovely romantic dinner. Eerikki surprised me by getting me a balloon and I was so happy about my balloon I had to get it in every picture :D.

I told about the Teppanyaki dinner and show on my last post, the food was good, the show wasn't the greatest :D.

We got the Excellence Club package so we had, among other things, access to a lounge where we went for drinks a few times before or after dinner.

The evening shows were mainly really good. One of the early night shows I liked the most was these three tenors that sang pop songs. For the main shows one of my favorites was the Michael Jackson show as I've been a huge fan since I was a kid and the performer was really great.

The best party was the silent party, where everyone got their own headphones with different channels to choose from. The fire show on the same night was really good as well. As the program repeated each week by half way of the trip, we knew which ones we couldn't miss and which ones we can if we have something else we'd rather do (or wanted to go to sleep early). For most nights we took it easy but we met some really fun people so on a few nights we got a proper party going! We always had the afterparty at our gorgeous rooftop terrace and one morning Eerikki went back to the room to clean up as he didn't feel right leaving the whole mess to the cleaning staff and he said our accommodation resembled more the Hangover movie than a honeymoon suite :D.

We left the resort only for a helicopter ride and horseback riding. The helicopter ride was an amazing experience, if you've never done it, I highly recommend you try it some day.

We went horseback riding on the beach on our last weekend there. It was a great experience and not difficult at all even though we had almost no experience.

So that's our trip in a nutshell, tomorrow I'll show you what our room looked like. Have a great Saturday!