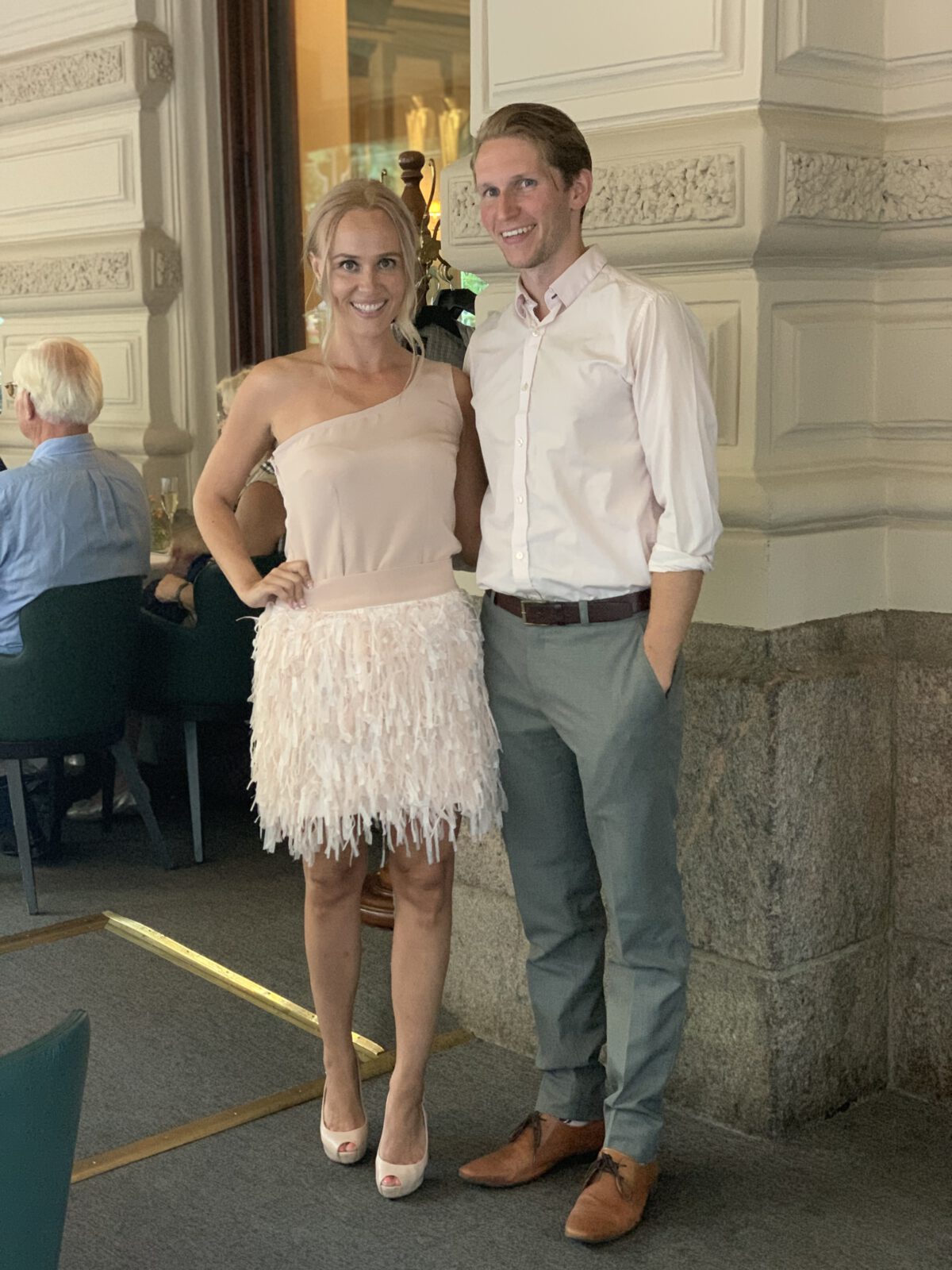 I'm alive! Eerikki didn't get fed up with all the wedding planning and get rid of me I've been just too busy to write! :) My plan to post something each day leading up to the wedding didn't work out, there was just too much to do, but I'm back so let's continue from where we started. As you may have noticed from Instagram, we're married now! Wohoo! But let's get back to that later, now we're on day three...

My day started with a visit to Nappitalo where I finally got the last pieces of decorations for the wedding, then I had a salad at Cafe Picnic, my new favorite cafe :D

Then it was time to head out to the hairdresser Villi Vanilja where I got a beautiful hairdo for the rehearsal dinner and they also did my eyebrows. After that I rushed to the city center to find underwear to wear under my wedding dress. I mentioned in the previous postthat Zalando had lost my package, well it contained my wedding underwear... I have to say when I was running around trying to find a replacement it reminded me of a dreamI had some months ago... :D

Once I was done shopping I headed off to get my nails done and after that, I headed straight to HSS where we were having the rehearsal for the ceremony. The weather was beautiful so we stayed for a drink after the rehearsal.

After the drinks there wasn't time for anything else but to change clothes as we had a dinner reservation at Brasserie Kamp. My mom had made me a shirt and skirt from Villisilkki's beautiful fabrics. One of the bestmen had missed the note on the dresscode and came to the dinner in shorts, tshirt and with a neon color backpack and so that was one of our favorite jokes that night :D

We continued the night at a few other places after that and I have to say it was really relaxing to just go and have fun and not worry about the endless To Do lists :)

The week of our wedding: Day 2