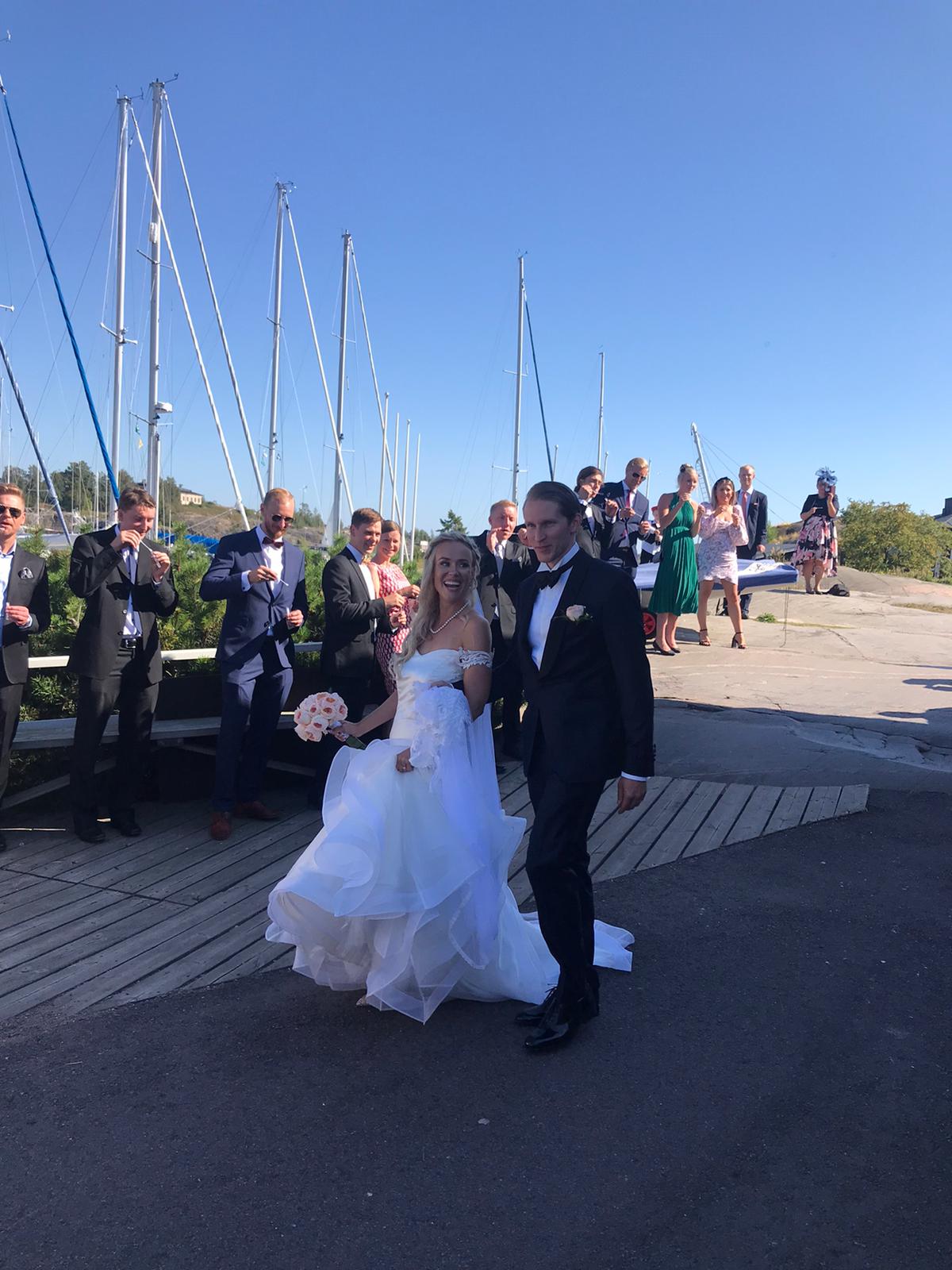 As we didn't have time to do the shoe game at our wedding we figured why not do it on the blog! So, we got the questions that were written for us, each answered them separately and then I put them together here. E means Eerikki's response, S is my.

S: Neither it seems from the reception we got from our wedding party when we were trying to come up with our signature drinks for the wedding :D

4. Which is more flexible in the relationship?

S: Usually Eerikki but I'm not too far behind!

E: Sissi but there has been a couple of times in the past five years when it has been Sissi....
ainakin pari kertaa viiden vuoden aikana…

7. Which one of you is better at rapping?

S: Eerikki, though I have one some competitions with Sini Sabotage...

8. Who's fragrance takes over the bedroom?

S: Probably me, not that Eerikki is a quiet one either :D

E: Depending on the situation, Eerikki more often, Sissi talks more and is louder if there's a chance to sing

10. Who was in charge of renovating the apartment?

S: I was, though Eerikki helped as much as he could

E: Sissi as we are a modern couple...

S: I am, though Eerikki definitely has his creative side too :)

E: Sissi, but Eerikki has a little artist in him too
taiteilija sisällä

S: We both think that as long as you don't harm anyone, you can and should be exactly who you are

E: Both are very tolerant

15. Who gets more applauds at Satumaa?

S: Depends on time of the night and song.. I'd say equally big :)

S: For this I have data to prove it, me

E: An even more unfair question than the previous one, but on Ultra Bra
Eerikki and Jani!

E: Eerikki, history may speak for itself

18. Who has more patience at driving classes?

S: Neither one of us have lost their patience

19. Who makes the decisions?

S: We make them together

E: Together, depending on the topic

E: Also depending on topic, both shoes up :)
ylös 🙂

Details and decorations from our wedding Part 1