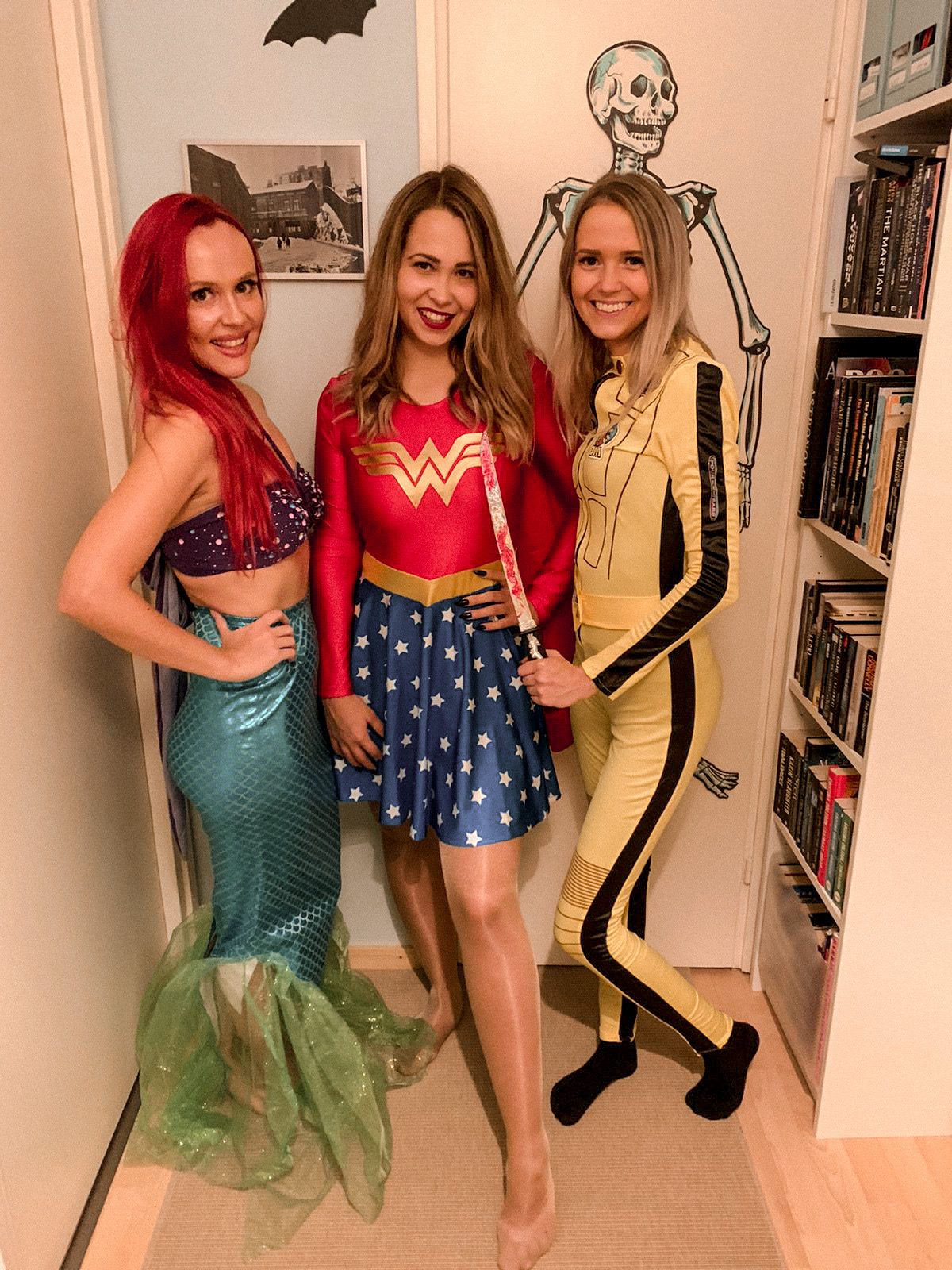 As there will eventually be less to write about our wedding, I've figured I'd write about other topics as well from time to time. Now you'll get to take a peak at our Halloween party. :)

We had our traditional Halloween party on Saturday. We spent the whole day leading to the party cooking and baking. Eerikki was in charge of the cupcakes, I was of the savory dishes. The reason why Halloween is important to me leads back to when I was a kid and we always had a Halloween party even though pretty much no one else in Finland did at the time. My mom also lived abroad for years when she was younger so she had picked up the habit to celebrate Halloween there.

The first one of the dishes sort of failed... I had cut cat and wolf shaped cheese slices on top of pizza slices but in the oven the cheese melted and the shapes became unrecognizable. I figured this might happen, so I bought three different kinds of cheese but they all melted too fast...

The rest of the dishes succeeded though! We made cheese eyeballs, mummy meat/veggieballs, a jello brain with vodka and carrot cupcakes. Eerikki's cupcakes were such a success last year, that he was requested to make them again. By the way, the names of the websites where I got the recipes from are a bit questionable, "woman's day" and "high heels and grills"?? :D

An important part of our Halloween party is the Best Costume -competition. The winner gets their name on the trophy and gets to hold the trophy for a year. It was so great that people had put so much effort in their costumes! I honestly think almost any one of the costumes would've deserved to win. We were The Little Mermaid and Prince Eric, I had even died my hair red. It should wash off in a few washes... so far it's still pretty damn red :D The devil won the competition this year, let's hope for a better luck for the good guys/girls next year!

Details and decorations from our wedding Part 2