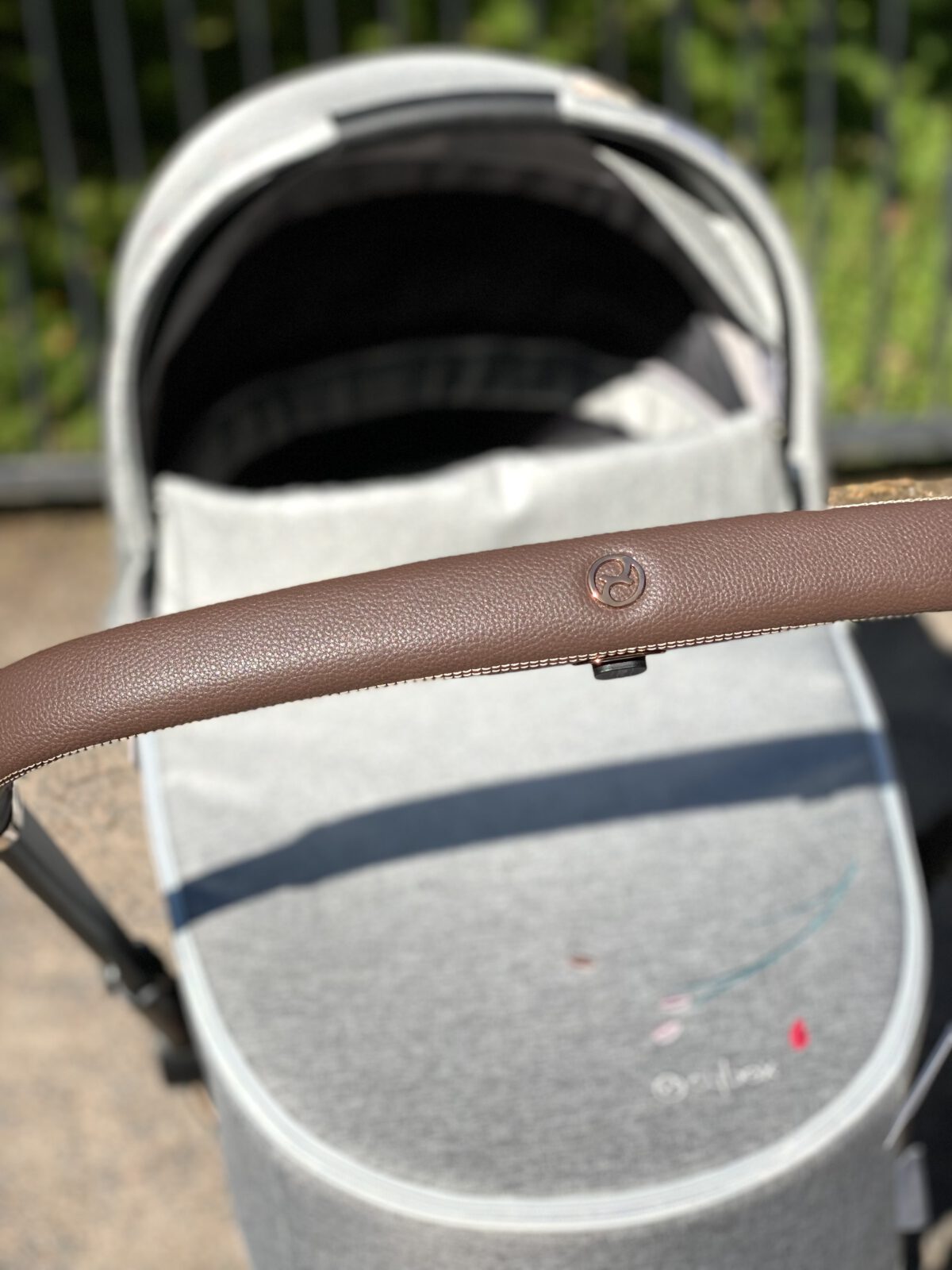 Our stroller/baby carriage has finally arrived! I ordered them in April... and they arrived now.

So, I recommend the dutch webstore Babymaxif you're looking to get an expensive stroller for a better price and are like me and plan and order things months in advance. Of course, four months is not their typical shipping time, they were missing a part that arrived in August but I've heard of others having similar experiences with the shipping time. So, if your baby is halfway out, it's probably best to shop elsewhere but as we had plenty of time to wait and they actually take quite a lot of space, for us this worked out quite well.

We ended up choosing the Cybex Priam stroller set with a rose gold frame and Koi -fabric. I'd like to say that we took our time comparing all different brands and models and making the decision after a long consideration but honestly neither one of us had enough interest in the topic to do that. I asked my niece who's an expert on strollers what she would suggest for us and Cybex Priam was my favorite of the two options she gave. Then we just chose the colors and placed the order.

The Priam's are light and easy to fold and as we'll be using them mainly in the city center of Helsinki but also need to transport them in the car at times, these were good qualities for us. We also got the mug holder, rain covers and skis that we'll replace the front wheels with when it gets snowy.

I have to say that it was a bit creepy walking around the park with an empty stroller, I think people gave me some worried looks too :D. Maybe I should've taken the pictures indoors after all...

While normally I like putting things together and building stuff, I could live a happy life without ever having to put together another stroller. I don't know if it was because of the pregnancy belly being in the way but it really wasn't the most fun project. Luckily now they're all ready for use, we love them and we can cross off one more thing of our "things to get done before the baby arrives" list!