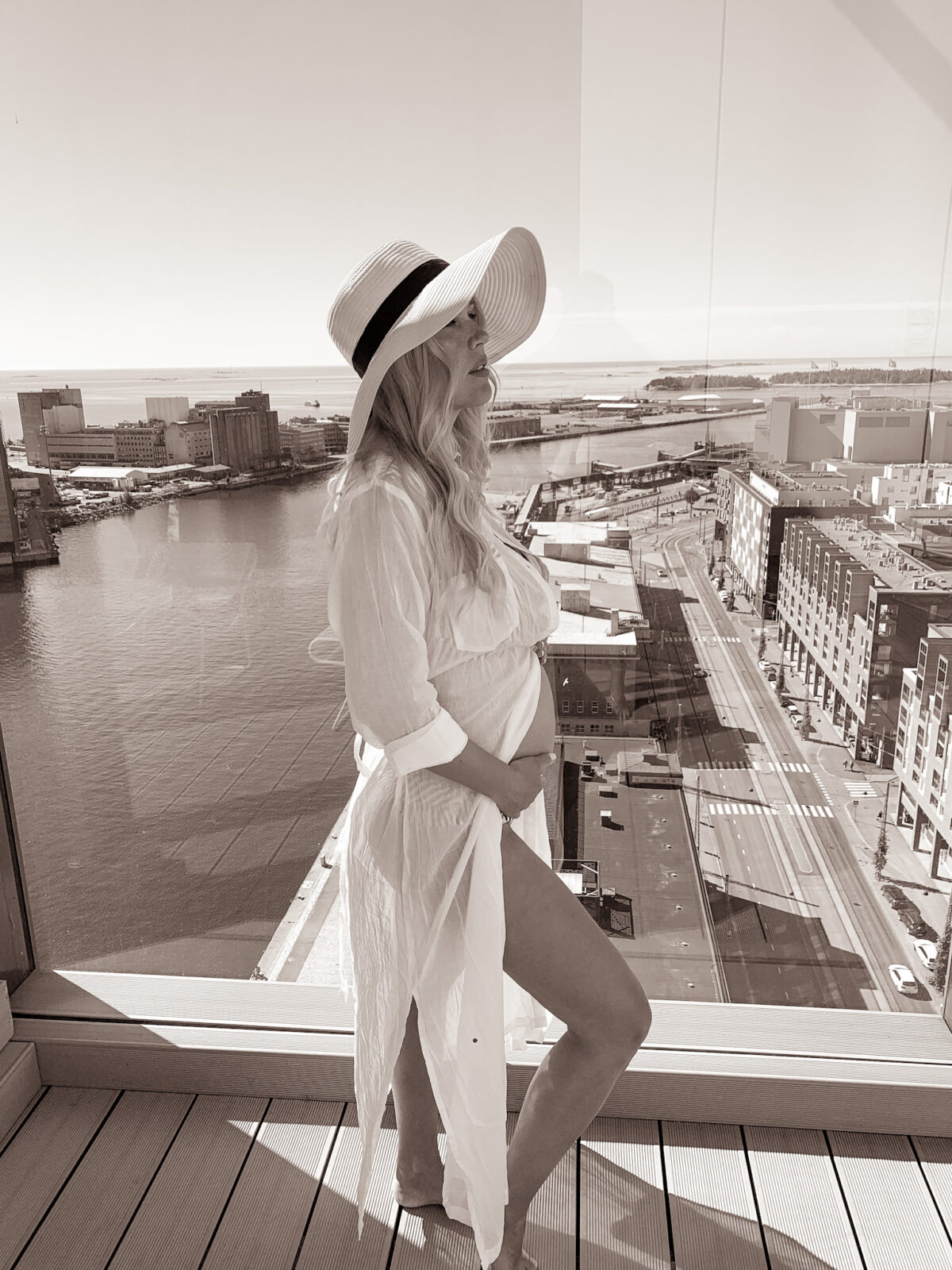 I've felt that this pregnancy has gone very well but I have to admit that whether it's because this is my first pregnancy or maybe it's always like this, but a few times I've found myself in a situation where I've thought I've actual done some damage to the baby.

The first time this happened was when we were helping our friends move. It was the time in the early pregnancy when I was really tired, maybe the 10th week, but I really wanted to go help.
We were at the new house and I was grabbing more stuff from the van when I stepped straight through the step of the van. My foot hit the ground but I couldn't find balance, I was able to get the big box out of my hands and turn back first before I fell. Well, that fall really freaked me out. I knew that all was probably well, I had fallen back first and not too fast and Bebe was still tiny but the tiredness, which was probably the reason I had fallen in the first place, and maybe the hormones too got me so upset and I couldn't help thinking what could've happened and it took me quite a long time to calm down again.

The second time was in the early spring when I decided to go for a swim in the sea, this was also around the 10th week. I've done winter swimming for a few years now and I've read it's safe during pregnancy too as long as you've been doing it before pregnancy so I wasn't worried about it doing any harm.

This was a time when I was really bloated and I figured a swim in ice cold water would be good for the blood circulation and might even help with the tiredness. Well, the swim went well but walking home I started to realize I wasn't warming up. Once I got home, I got myself under covers still wearing my winter coat and everything but I just couldn't warm up. I even tried to utilize Eerikki's body heat and went to bed next to him as he was still sleeping but that didn't help either. Finally I took a long hot bath to warm up but I wasn't sure that was good for the baby either. Luckily we had an appointment at the nurse's office coming up and when I asked about it, she said that there shouldn't be any reason to worry. The baby should be completely fine, this was just my body telling me that it wasn't what my body wanted right now. Soon after I realized that I was actually really sensitive to cold all throughout the early pregnancy, even a chill shower after sauna felt too cold for me and I even wore my big winter coat until June.

The next ones aren't mishaps exactly but just weird things to be proud about that I never would've understood before pregnancy.
When I got pregnant I think we were both a bit surprised that it happened so quickly. Well, this got Eerikki taking great pride in the efficiency of his swimmers... something that I and eventually our friends were hearing about constantly. Finally I had to suggest that we wrap it up for now, after all for me the baby making project wasn't quite finished yet and I didn't have it in me to celebrate Eerikki's swimmers each day, though the hard part was truly over now :D.

I can't judge Eerikki's excitement though as I ended up taking pride in a possibly even weirder matter. We were at the ultrasound on the ninth week of the pregnancy and once the midwife had checked the baby she took a look at my uterus to see there was no bleeding or other issues. While doing this she said a few times something like "your uterus looks very pretty and clean" and well I took great pride in this mentioning my excellent uterus to Eerikki many times after this... Isn't it lucky we with my beautiful uterus and Eerikki's top-notch swimmers found each other and even ended up procreating!

This post didn't include each scare I've gotten this pregnancy but it wasn't my intention to list every little mishap that's happened but instead offer some peer support. Things happen and when it's your first pregnancy you're not going to know everything. So, let's try not to worry and instead enjoy this time, the babies should be packed in quite safely after all <3.

Spoiling the Mother to Be at Långvik