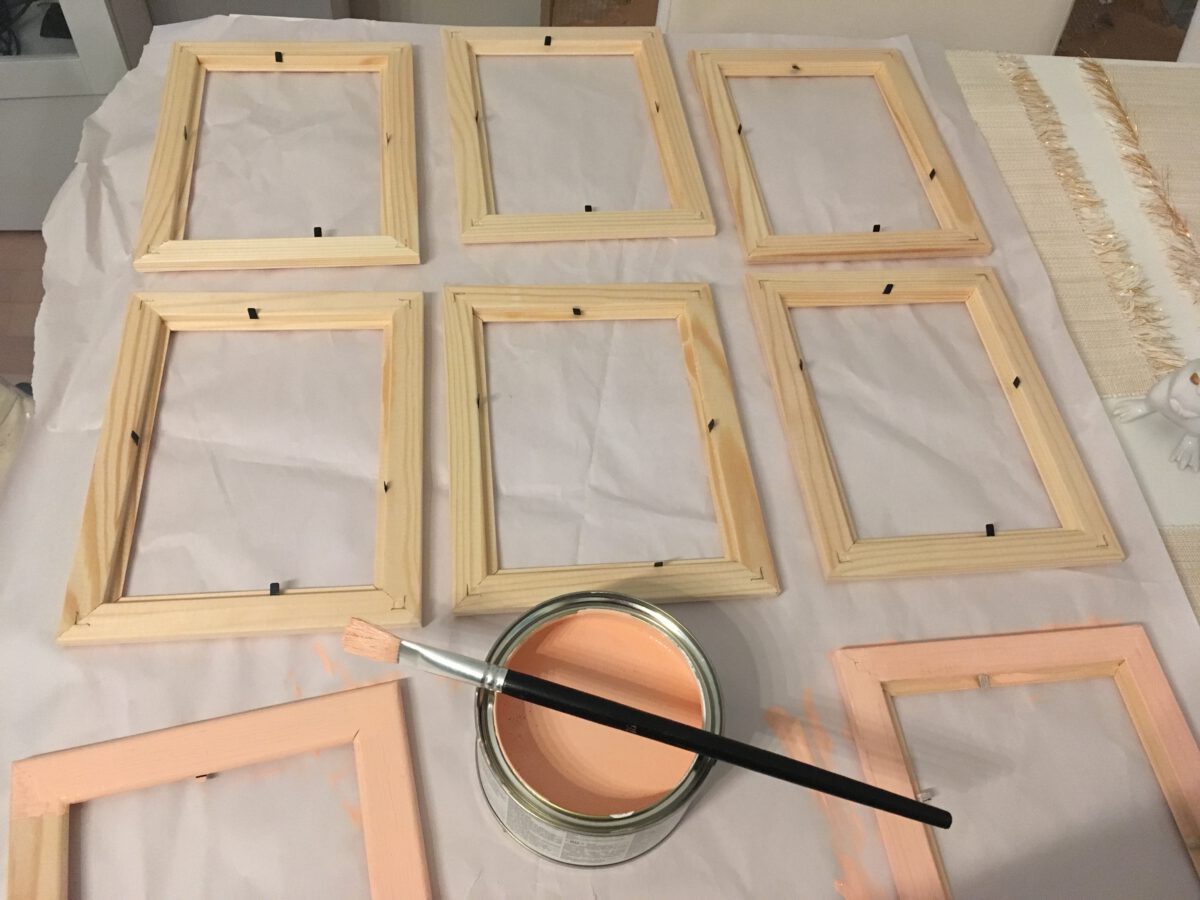 My first crafts project was making the table numbers. It took surprisingly long, it all took about six hours (!) which comes to show that you really need to prepare for everything taking longer than expected.

The idea here is that for every table number, there's pictures of us at that age. So in table 1, for example , there are pics of us as one year olds, at table two as two year olds etc.

I made these a few months ago and in two parts, first I painted the frames twice, then a few weeks later I added the pictures and numbers.

For this you'll need pictures of the both of you when you were kids. For each year, you'll need one photo. This wasn't so easy as Eerikki wasn't sure what age he was on any of the pics and I had only one pose as a kid, mouth half open like I was in the Next Top Model -competition. I concluded that the age doesn't have to be so strict, if it's a year and 6 months or two years and 7 months it can be considered as 2 years old if that's what was needed.

You'll save money if you can find picture frames in the right color and don't have to paint them. Flee markets could be a good place for that. The most expensive thing about the pictures was that I needed to enlarge a few.

After painting the frames I turned all the pictures to black and white by scanning them on my computer and then editing the color. From these black and white images I ordered prints.

Then started a fun Tetris -style game called: Hide the Toes! It felt like every picture had someone's face, hand, or in one case about 10 children's toes. This took excruciating long, trying to arrange the pictures so that both of us fit inside the frames but random people's body parts rather not.

The numbers I made on a computer and printed them out. Then I used them as models to cut out numbers from the right color paper. I serach for peach colored paper everywhere but ended up using golden gift wrapping paper I found at home..