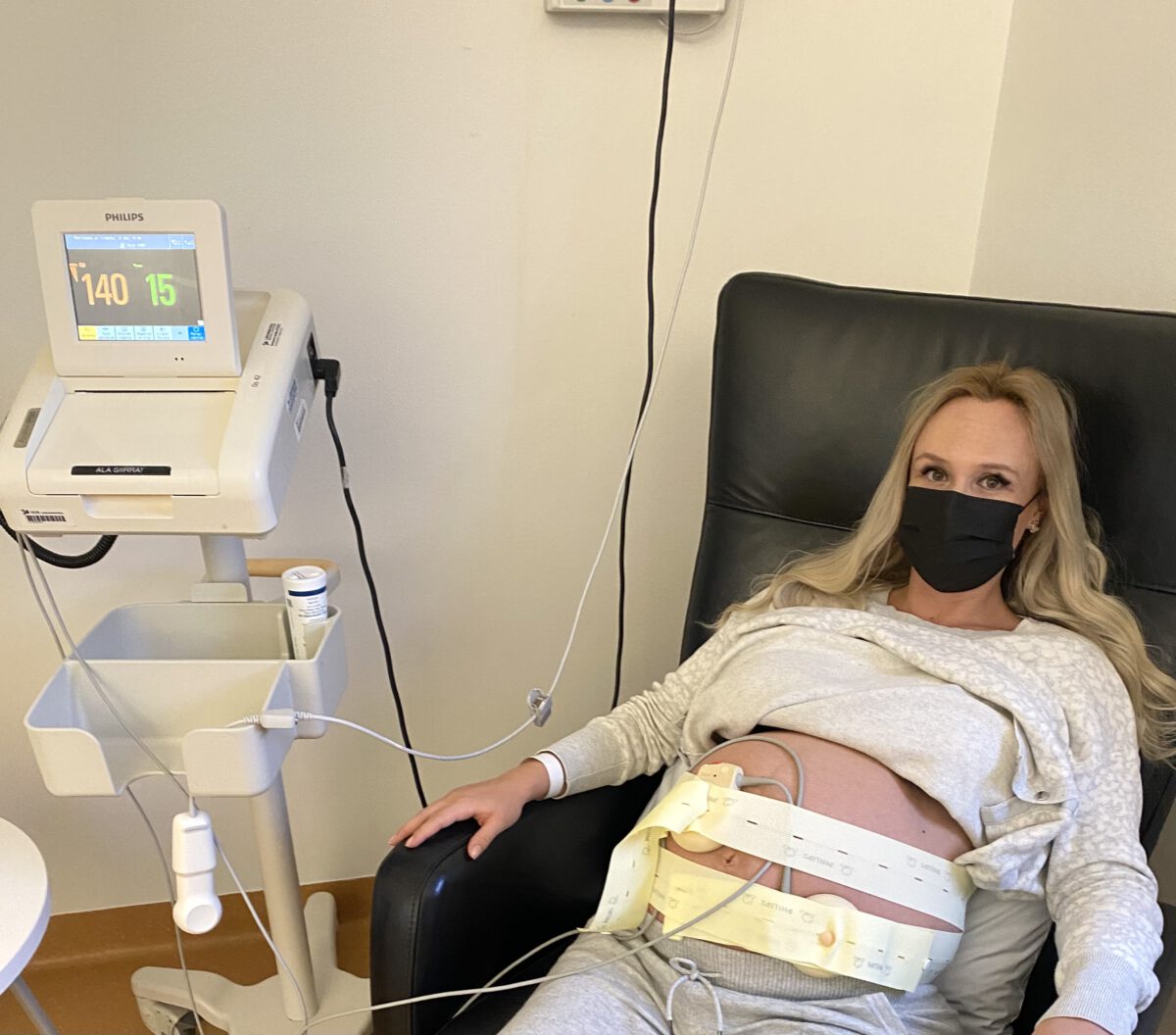 After I'd given birth, I decided I would share my story on the blog. It took me a little while, however, to be ready to do that. I feel that a lot of things went wrong with the birth and so I had to process what had happened before I felt good about writing about it.

I've tried to describe everything as precisely as I can. Most of the story is based on my own recollections but for some details I had to ask Eerikki how things went and for some I had to rely on the hospital papers that describe the events. You can hear from the text how annoyed I am about how it went. I feel that me and Eerikki weren't being heard really at any point and things went totally different than I had requested.

I wrote in the Birth Letter post my requests about the birth. In short, I asked for sufficient pain medication throughout the process. I wrote that I'm most nervous about the pushing part so I would like a pudendal block in addition to epidural. Finally, I requested that if I get too uncomfortable and ask for a c-section, I would get one at any point (if medically possible).

I was on the week 41+5, which means that my due day had passed 11 days earlier when we headed to the hospital to start inducing the labor. The process started by measuring the baby's heart rate and my contractions and this was done by a kind, young midwide. I was in a great mood and at this point, all I needed to do was sit while the devices took measurements. I was a bit nervous but excited, after waiting for so long, we were finally here! The baby hadn't shown any signs of coming out on his own but now I didn't have to wait any longer, something should start happening soon.

The midwife told me that she'd seen a few contractions on the monitor but I told her I hadn't felt them. This was a good sign though, something was already happening even though I didn't feel it.

Next we were sent to see a doctor. They said that someone had fallen ill so they only had one doctor present we would have to wait a while. When our turn was up, the doctor asked if I wanted to start the inducing with a foley bulb or with medicine. I didn't expect to be offered a choice so I requested the foley bulb as that's what I had been expecting to get. The doctor had some problems getting it in place, however, and at some point I felt some pain and she told me she had scratched me and that I was bleeding. When she got the foley bulb in place it became evident that it was not attached well and came off immediately. At this point she asked if I wanted to try it again or if I wanted to try medication next. As it had been quite unpleasant to put the foley bulb especially with the bleeding cut, I decided to go with the medicine next. The doctor said that we could possibly try to foley bulb again when things were further along. Because she had scratched me, I got up to find I had bled a puddle underneath me but regardless of that, I was in a good mood and excited.

Since the induction was started with medicine they took me in right away. I knew from what I'd read and the nurse pointed it out too, that it might take a really long time before I actually go into labor, we might be there for days. That's why I was really happy to see that there was a mattress for Eerikki so that he could stay there with me.

I got the first medicine a little before 1pm which induced some contractions that could be seen on the monitor, but that I didn't feel. I got some lunch and Eerikki made a quick trip back home to get a few things we'd forgotten, feed Peppi and he got himself something to eat too. Jokerit game was on that night so we put that on and prepared ourselves for a long wait.

I got the second dose of the medicine around 5.30pm and at some point after that my back started to hurt from one side. This wasn't always at the same time as the contractions shown on the monitor and the midwife didn't seem to think that it was birthing pain. I was, however, in so much pain that I asked for a painkiller and got one tablet of paracetamol. I remember discussing it with Eerikki, that if this wasn't labor pain, how was I going to get through labor and also what on Earth was it then? I think the midwife was wrong, however, as the pain got so bad that I soon threw up. While throwing up my water broke. According to the hospital documents, this was around 10pm. Unfortunately I hadn't changed into hospital clothes yet... After that I started to feel contractions and they were really intense right away. Regardless of that, the midwife wanted me to take more induction medicine. I was 2 centimeters dilated at this point.

I threw up a few times more and kept asking for painkillers as I had only received one tablet of paracetamol (which I had probably puked out). I didn't get any, instead the midwife suggested that I take a warm shower. I did and it alleviated the pain a little but the pain was so intense that eventually I was throwing up in the shower too.

I can't remember precisely what happened at what point but I remember that ever since my water broke, I kept asking for painkillers but each time I did the midwife said there was nothing she could give me at this point or she seemed to try to talk me out of it saying something like "then I have to put you on the monitor again and that's so difficult for you as you have to stay still" or "but then I'd have to examine you first and you find that so uncomfortable since you're in so much pain". She made me feel like I was being too sensitive and I shouldn't be needing anything at this point. When it comes to the monitor, it meant that they put this device around my belly which measures the baby's pulse and my contractions and it's true that it was a bit difficult for me. The baby was asleep a lot which is why they had to keep me on it for long periods of time during which I was asked to stay quite still. That was difficult, however, as the pain forced me to vomit quite often causing a disruption in the measurement.

The midwife asked a few times to tell her when there was a break between the contractions. I told her both times that there aren't any and haven't been since they started. I found it strange that she didn't seem to care about that, I had read that there's supposed to be breaks of different lengths between contractions depending on which part of labor was on and I could only dream of one few second break.

Eerikki was worried watching how in pain I was and also kept asking for pain killers for me. He also asked if I could get the epidural already but they told him it was way too soon for that. At some point after the shower I finally got one shot of medicine for the pain. I remember how amazing that was. It definitely didn't remove the pain but for like a half an hour, the pain was tolerable. After that the insufferable pain continued but my requests for more medicine were always declined. At some point I realized that I have a need to push. I asked Eerikki to get the midwife even though it made no sense, the labor couldn't be that far along yet. It was about 1 am at this point and three hours earlier I was dilated only 2 centimeters. The midwife examined me and was all surprised to find that I was dilated 8 centimeters. She told me quite shocked that it's time to go give birth now...