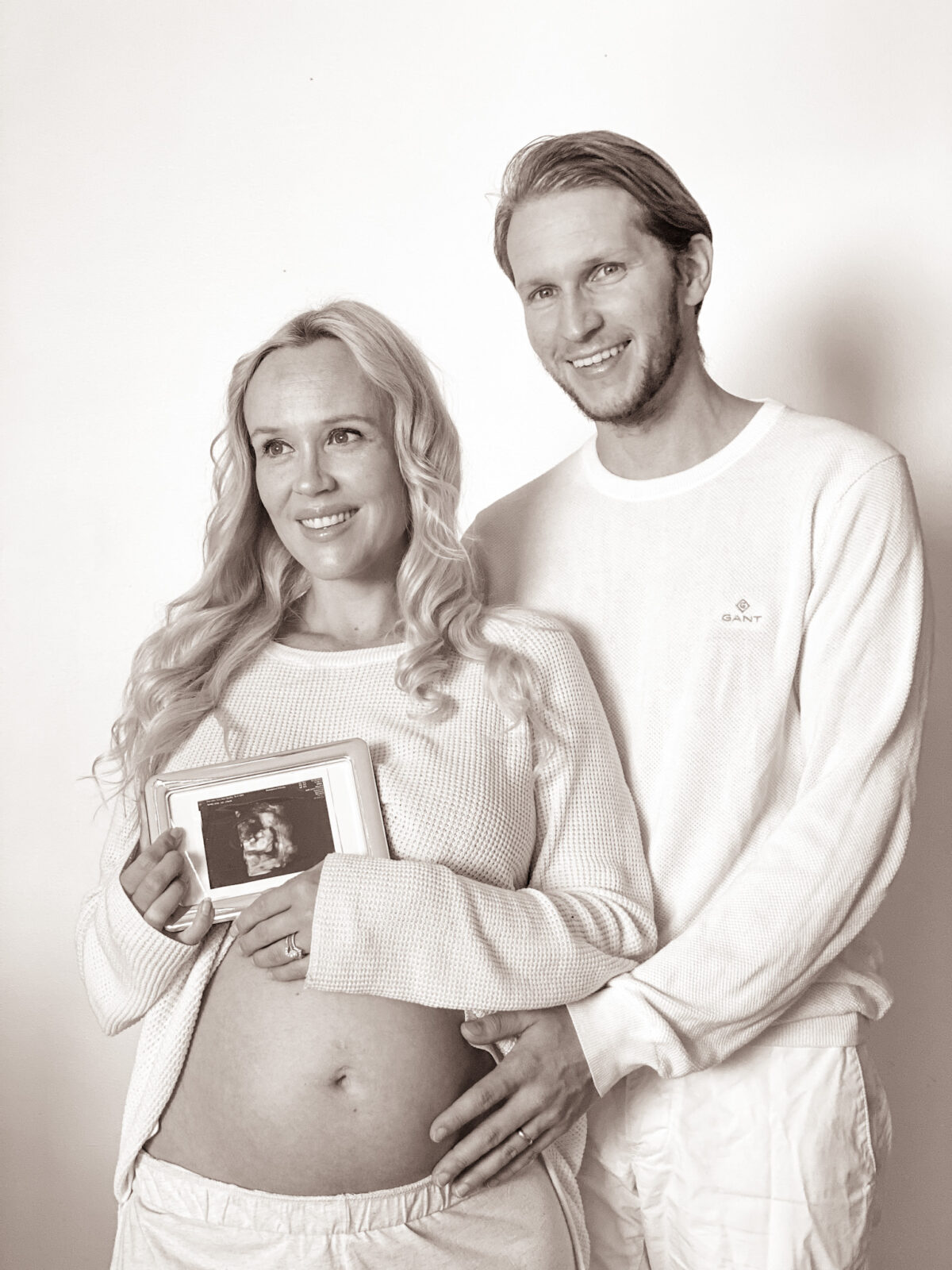 Exciting news from the 3D/4D ultrasound! As you may remember, we didn't find out the sex of the baby at the previous ultrasound as the baby kept their legs so tightly together there was no chance to see which sex the baby was.

We had planned to go to a 3D/4D ultrasound anyways, so not finding out the sex yet wasn't such a big disappointment, we figured we'd see it in the 3D ultrasound in a few weeks. So, at the beginning of August we headed off to Felicitas Mehiläinen's clinic in Helsinki to see the baby in 3D and 4D.

If you're not familiar with the concept, you can read about it in better detail herebut a short and simple version would be that in 3D/4D ultrasound you get to see the baby's facial features and it's also used, and it's main purpose is, to get a better view of any possible structural issues. 4D means moving 3D image, in other words video of the 3D images. The ultrasound we had just had was the one where they were checking for any structural issues and they hadn't found any so we were mainly interested in seeing the baby's face and finding out the sex but of course we knew that they might find something wrong that wasn't visible with the traditional ultrasound. Luckily they found nothing to worry about with the 3D either!

Being able to see the baby's face and finding out the sex depends on the position of the baby and as I have the placenta on the front that shows up in the images too but the pictures turned out great anyways, it's just the baby's forehead that can't be seen behind the placenta. Babies will do as they like and ours seems to be quite stubborn so they weren't in the optimal position all the time but our perinatologist Minna Tikkanen guided me to change positions, do a little exercise and have some chocolate and so we got Bebe to change their position so we could better see what we needed to.

But then to the most exciting part, did we find out the sex of the baby? Yes! We are expecting a... boy! Boy?! I'll admit that I was hoping for a girl and had somehow managed to get myself into believing we really were expecting one. I'll probably write a separate post on the topic later on but for now let's just say that it took me a few days to come to terms with the sex being different than what I had expected but now that I have, I can't imagine us expecting anyone else than this little guy.

It helped a lot that we got some cute 3D pictures of the baby with us and we had already decided on the name for the baby for both sexes so I spent some time looking at the pictures and using his name and that's how I started to feel like he was already this tiny person and it started to feel like he belonged with us. We had thought it'd be nice to see the baby's face just out of curiosity but in the end, the pictures ended up being really helpful too.

Overall, we loved the sonograms of Bebe's face and for us this experience was definitely worth it.