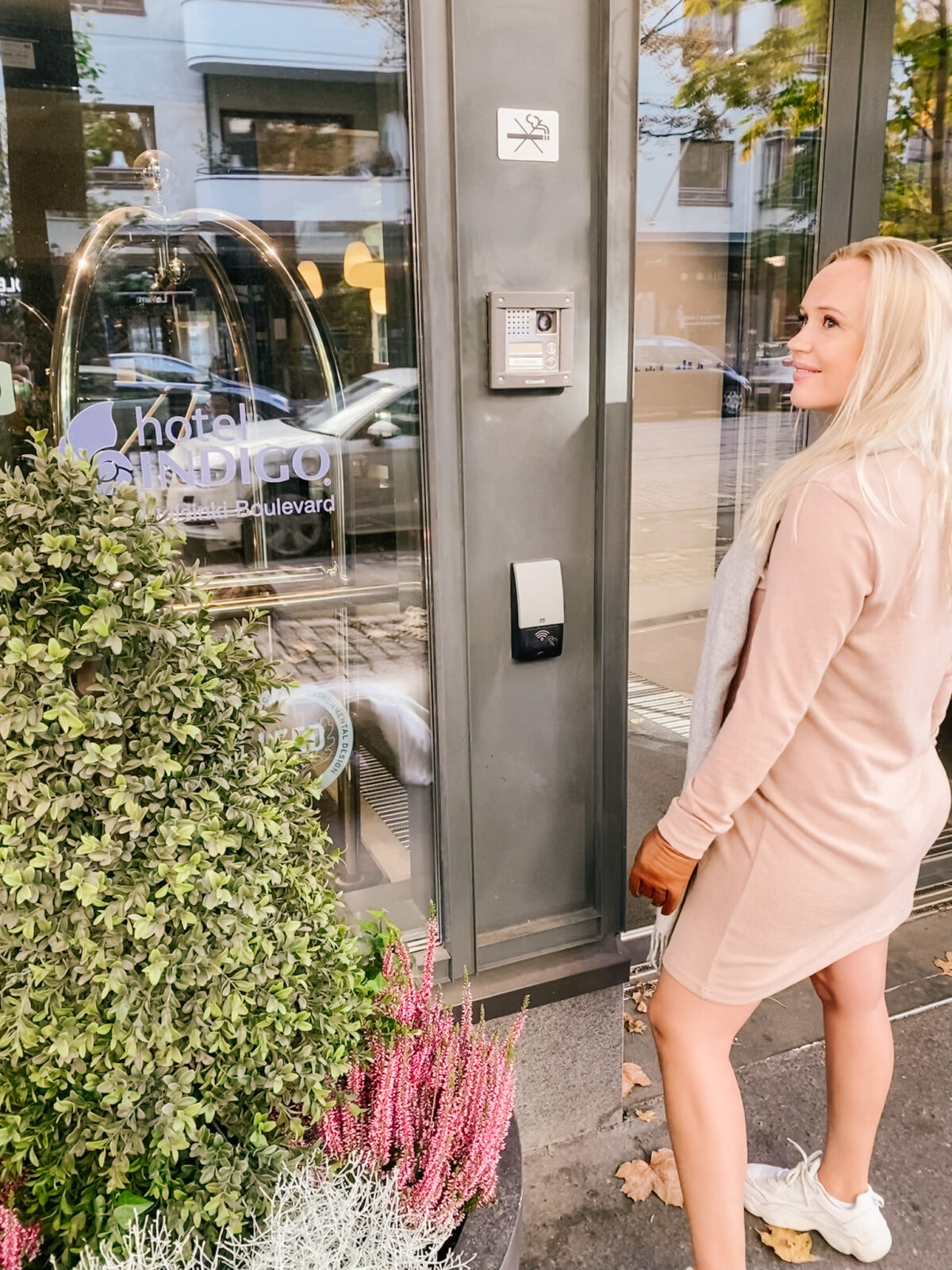 Eerikki and I love staycations and so at the beginning of fall we headed to Hotel Indigo on Bulevard in Helsinki. Bulevard has to be my favorite street in Helsinki so if you're not familiar with the neighborhood, I highly recommend that you spend some time exploring it if you're staying at the hotel because the location is just perfect for that!

Hotel Indigo is a boutique hotel on Bulevard and so some of the rooms have a view of the beautiful street, like ours did. Our room was Superior with King Bed and it was very roomy for a hotel room with a separate sitting area. There was no bathtub but the bathroom had plenty of space too.

The hotel has a small gym with several warmup machines and one machine for weightlifting. Next to the gym there's a stretching area where you can do air yoga too, super handy if you're into that! There's also a sauna area at the hotel and I was happy to discover that in addition to a traditional sauna, they have a steam room too!

The breakfast is served on the ground floor and it was very good. The selection is quite traditional, but I think that works great when it's done well and here it was. By the way, the hotel is nominated at the World’s Hotel Awards -competition for Finland’s Leading Boutique Hotel 2021. What a great honor!

There's so much to do on the beautiful Bulevard, there are shops, restaurants and cafes. My recommendation would be to check out the Hietalahti Kauppahalli for delicious food and why not some shopping as well. There's also a big flea market outside every summer. I also recommend the French cafe Chez Janet, the cooking shop Chez Marius and the children's clothing store Le Bunuell.

You're really close to the sea as well so I recommend taking a walk along the seaside or, even better, having a glass of wine at one of the lovely restaurants by the water such as Cafe Ursula or Löyly.

We had some dinner downtown and then I went to the sauna and we spent the rest of the night watching a movie in bed. As we live nearby, it was nice to just enjoy being at a hotel, so instead of exploring the neighborhood I enjoyed going to the gym, sauna and watching TV in bed!

The most beautiful fall accessories